Aquamarine is one of the beautiful variety of the beryl group. The name aquamarine is derived from the Latin word aqua-water and marina-sea.

The first documented use of the aquamarine crystal was in Ancient Greece between 480 and 300 B.C., when the stone was used as an amulet engraved with Poseidon, the Greek God of the Sea, on  a chariot. Because of the relationship between the aquamarine stone and the sea, it was used as a talisman to bring sailors good luck and a safe and prosperous journey across the ocean. The Romans associated the beautiful blue stone with Neptune, king of the Sea, and carried the stone as an amulet to protect against the dangers of the sea. Ancient Egyptians put aquamarine crystals in tombs for the journey to the afterlife.

The gemstone is mined mainly in Brazil, but also is found in Nigeria, Madagascar, Zambia, Pakistan and Mozambique. In 1910, an aquamarine stone weighing 110kg was discovered in Marambaia, Minas Gerais(Brazil). The largest cut aquamarine stone is the Dom Pedro aquamarine which is located in the Smithsonian Institution’s National Museum of Natural History.

Aquamarine is the most flawless of all crystals and has excellent transparency and clarity. Aquamarine is one of the varieties of the mineral –beryl, which has hexagonal crystals. Pure beryl is colorless, but when Fe2 and Fe3(iron atoms) are present in the beryl, the color can vary from pale blue to deep blue. The intensity of color and the clarity of the stone are the most important criteria when evaluating aquamarine. Deep blue aquamarine gems are rare and command the highest prices in the world’s gemstone markets, though what is considered deep blue for aquamarine is still only pastel blue. Unlike other gems, aquamarine is not diminished by a lesser intensity of color-many people actually prefer more crystal clear lighter gemstones to the richer, deeper colors.

Aquamarine jewelry is associated with beauty, honesty, loyalty and happiness. It is a “Cote d’Azur” among other gemstones, standing  out with its unique beauty of the sky and the sea combining together the most special and unforgettable emotions. Different cut aquamarines are always in vogue, set in gold and platinum, unveiling all its nature, fascinating appeal and sophisticated romanticism. 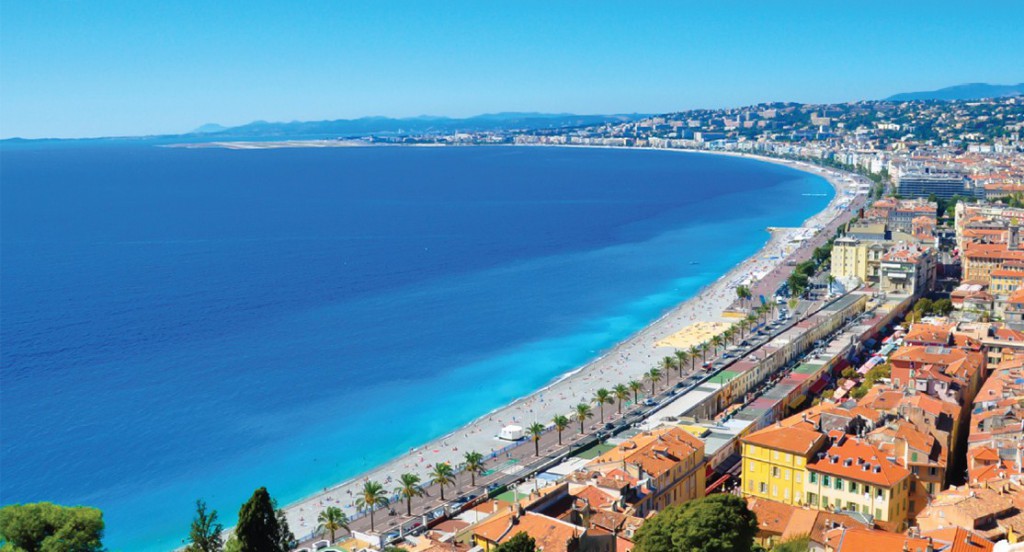